The Faludi Ferenc Academy announces its 23rd thematic international film festival and the related photo competition. This year’s theme is IN COMMUNION.

Community is our most inner self: we are born into a community and we live through our sorrows and miracles, small and great, in a community. Even when we are in quarantine, in isolation, we build groups for ourselves and for others. We can be members of various groups in the digital space, too. We can make alliances, short- and long-term, based on various intentions, interests, passions and drives. Real community, however, which we seek with all of our chats and messages, draws us even deeper and points us even higher, demands more from us: it draws us into a space of mutual vulnerability and healing, unfolding the world of connectability even at a distance of a thousand miles, with all its risks and gifts. When in community, whether it is such a union that can only be maintained electronically, there is no complicity. In spite of distances of a thousand miles, there is a deep, mutual closeness when we are in community with each other through the acceptance of and respect for the existing external and internal distances. Community is like the holy trinity: there is a personal connection between the members of the community: we are created in such a way that we are born and reborn day after day through the web of personal contacts.

The fact that we are part of a community is just as important as the fact that each of us is a unique unprecedented individual. In a religious context, the Eucharist, even in an online form of celebration, embodies and achieves our most inner communion with God and our fellows already at the present time. Those that share the same spiritual bread compose one body.

Competitors are invited to process this theme in the form of a film or photo in accordance with the terms and conditions of the festival. We are looking for professionally demanding elaborated works that are suitable for creating a forum, in the language of pictures, for a dialogue between different viewpoints and opinions.

The submissions are evaluated by international juries. 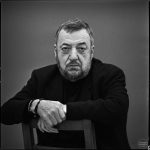 The famous Russian director started his cinema career as a screenwriter. His debut as a director brought him the prize of the Cannes Film Festival. He was noted for Taxi Blues, where the main role was played by Peter Mamonov, in 1990. Pavel Lungin is known for his movies The Wedding, The Island, Tycoon and others. He repeatedly became the winner of the leading Russian film awards. 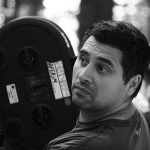 Radu Jude is a Romanian film director and screenwriter. In 2003, he graduated from the Media University of Bucharest (Film Directing Department). Jude worked as an assistant director on Ámen (2002), directed by Costa-Gavras, and Moartea domnului Lãzãrescu/The Death of Mr. Lazarescu (2005), directed by Cristi Puiu. He directed several award-winning short films, among them Lampa cu caciula/The Tube with a Hat (2006) - the most successful Romanian short film ever, winner of Grand prizes at Sundance, San Francisco, Los Angeles, Grimstad, Hamburg, Bilbao, Huesca, Trieste, Montpellier, Cottbus, Aspen, IndieLisboa, Brussels, Mediawave, Kraków, Almería, Valencia, Uppsala and many more. Other shorts were selected by top festivals, including Clermont-Ferrand, San Francisco, Cottbus and Oberhausen, where Radu Jude won the Grand Prix. Jude directed over 100 advertising commercials. Cea mai fericitã fatã din lume/The Happiest Girl in the World (2009), his feature film debut, won the CICAE Prize at the Berlin International Film Festival, the FIRESCI Prize at the Sofia International Film Festival, the Prize for Best Screenplay at the Bucharest International Film Festival and the FIPRESCI Prize at IndieLisboa. The film was selected in the ACID Programme at 2009 Cannes Film Festival. Toata lumea din familia noastra/Everybody in Our Family (2012) received the 'Heart of Sarajevo' Award and the Bayard d'Or in Namur, among other awards. Radu Jude's acclaimed historical drama Aferim! (2015) premiered at the 65th Berlin International Film Festival where he won the Silver Bear award as 'Best Director'. In 2016, he made his debut as a theatre director with his stage adaptation of Ingmar Bergman’s Scenes from a Marriage. The international premiere of The Dead Nation (2017) marked his debut in documentary film. His latest feature "I Do Not Care If We Go Down in History as Barbarians" (2018) deepens the connection between personal and political. 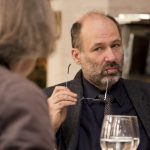 Media researcher, aesthete, head of the Institute of Communication and Media Sciences at the Faculty of Humanities and Social Sciences of Péter Pázmány Catholic University in Budapest. President of SIGNIS (World Catholic Association for Communication) EUROPE. He regularly holds courses, participates in conferences, conducts research and publishes books, and articles in cultural sciences, media, film and communication theory.

..stay tooned for the other members of the jury...

The films will be evaluated by a professional jury. Usually the works selected by the pre-jury for competition will be presented at open screenings in the presence of the creators, the audience and the jury, followed by an open evaluation. This year the programme of the festival can be joined ONLINE (the films will be streamed during the festival). The projects not selected for competition will be presented in the framework of an information program depending on the time available.

The international jury gives prizes in different categories: short feature film, experimental film and documentary, and offers special prizes as well. The jury will evaluate the works of film university students in a separate category. The jury reserves the right to move films from one category to another and determine the timeframe of the competition and information program.

In addition there will be an international ecumenical jury and student juries evaluating the projects.

There is no age restriction.

One may enter both the film and the photo competition, the two are separately handled.

One director or creative community may not enter more than two films.

There is no restriction as to the genre of the films entered.

Maximum length of the films entered:

The production year must be 2015 or after.

All films that are not in English must have English subtitles (burned in)!

The size of the files must not be more than 6 GB (and 10 GB in case of Hungarian television documentary films).

If one creator plans to enter two films, the two films must be sent as two separate entries.

To submit a film one must fill the online entry form and upload the film. See link below.

The failure to meet any of the above terms and conditions results in disqualification.

It is free to enter the competition. 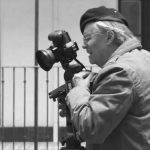 Photographer awarded with the Rudolf Balogh, Demeter and Prima Prizes. Full member of the Hungarian Academy of Arts. He has participated in numerous individual and group exhibitions both at home and abroad since 1964. His works are part of various public and private collections.

...stay tooned for the other members of the jury...

The photos of professional and non-professional photographers are equally welcome without any age restriction. The best of the photos based on the decision of the jury will be exhibited.

There is no age restriction.

One may enter both the film and the photo competition, the two are separately handled.

One photographer may not enter more than 3 submissions.

If one creator plans to enter more than one submission, those have to be be sent as separate entries.

One may apply with B&W or colored pictures made with a digital or traditional (analogue) technique.

Photos must also be submitted with a resolution of 300 dpi.

If a creator plans to enter more than one entries, she/he has to fill out the form (and upload the photos) as separate entries.

To submit a photo or a series one must fill the online entry form and upload the photos. See link below.

The failure to meet any of the above terms and conditions results in disqualification.

It is free to enter the competition.

>>> click here to fill out the entry form and upload your photos // Submission has been closed.

Since its, foundation the Faludi Ferenc Academy has been concerned with cinematic art through organizing trainings and workshops. In 1996 the Academy created a thematic film competition and festival to promote amateur filmmakers. The festival has come a long way since its early years and in 2020 it announces its 23rd edition.

Every year a certain value or taboo is placed in the focus of the festival to inspire creating and initiate social discourse around the given topics. We attach crucial importance to choosing real values as the theme of the festival and to initiating conversation about them. Every year the institute expects projects that focus on such a topic that puts a social or spiritual need or problem in the spotlight. In recent years miracle, sacrifice, mercy, trust, loyalty, thirst and love have been chosen as the theme of the festival, just to name a few. It is essential for the films and photos to have an original message which they express through the language of pictures.

Every year the members of the jury are well-known, active artists from the world of films: directors Géza Bereményi, Sándor Buglya, András Dér, Lívia Gyarmathy, Szabolcs Hajdu, Attila Mispál, György Pálfi, Sándor Sára, Dénes Nagy, Ildikó Enyedi, cameraman András Nagy, aesthetes Gábor Gelencsér, György Vidovszky, Ákos Lázár Kovács. The jury is usually chaired by an internationally recognised personality of cinema such as Krzysztof Zanussi, Jaczek Petriczky, Pupi Avati, Jerzy Stuhr, Karl Markovics or Francesco Casetti who have all held this pot. Since 2007, there is also a photo competition organized simulatenously with the film festival. The members of the jury of photos are acknowledged photographers of Hungary or abroad (among others László Haris, Zoltán Móser, Zsófia Pályi, György Stalter, Balázs Telek, Magdolna Vékás, Wojciech Grzędziński) who, just like the jury of films, share their experiences and opinions at a public evaluation event in the presence of the young filmmakers and photographers.

The festival is organized by the laic fellow workers of the Jesuit religious order without any kind of direct religious intentions. Everyone is welcome regardless of race, age or religion. We receive a lot of applications from around the world (e.g. Argentina, South Korea, India, Indonesia, Iran, Israel, China, Russia, USA, Japan, Lebanon), around 160-200 films a year. The films entered are first short-listed by a pre-jury. Around 40-50 films are selected for the competitive section. The prizes are awarded in different categories: short feature, experimental, documentary films (short and long – max. 60 min.). There are also special prizes such as best first film director or best film directed by a film student. 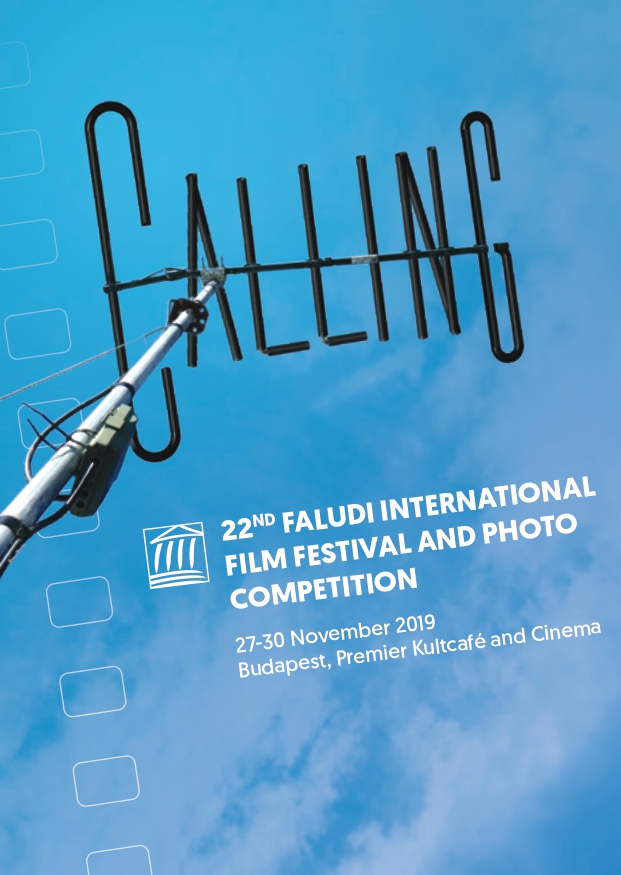 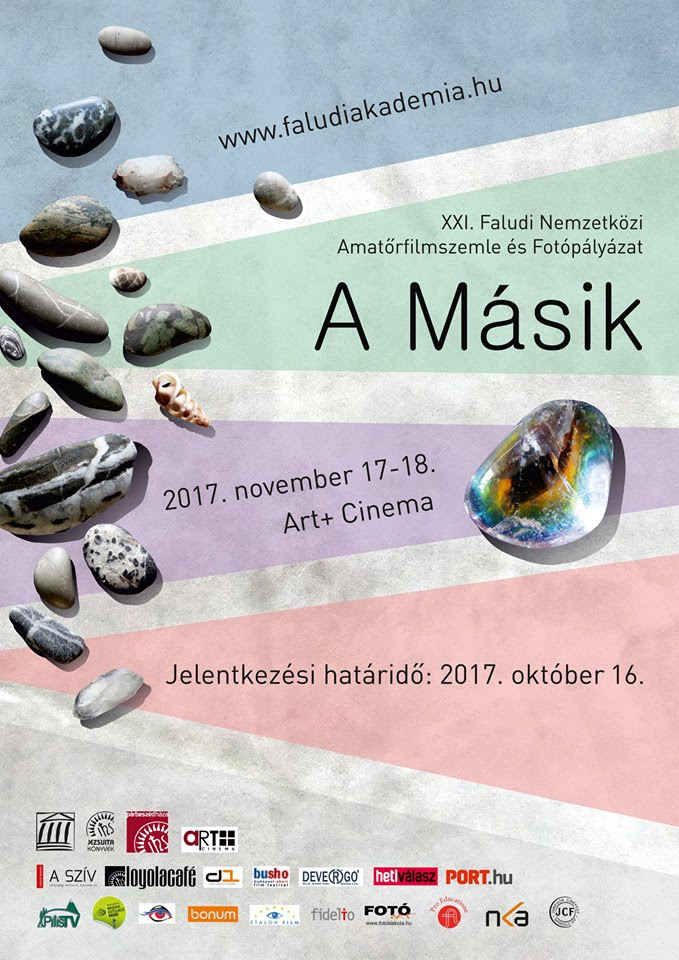 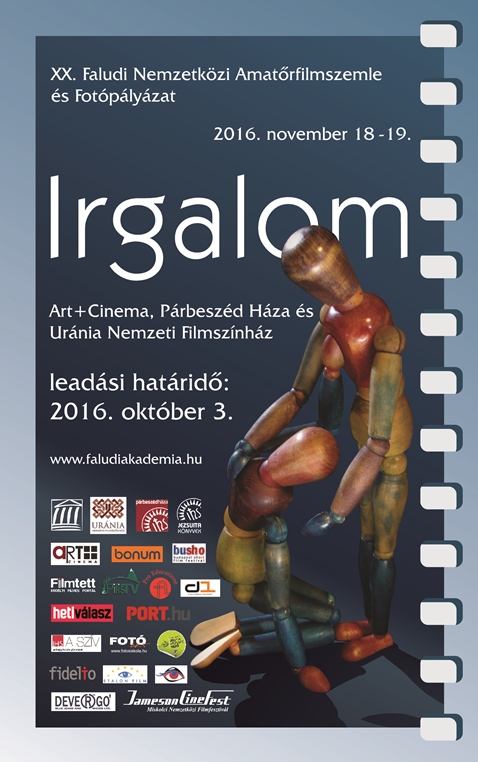